You must choose a size.

That code is either incorrect or has expired. 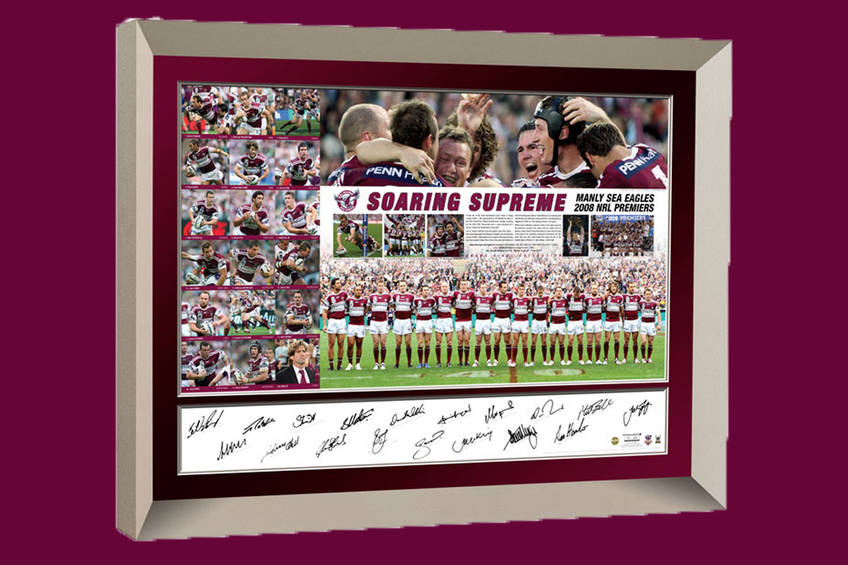 To see how FAN+ auctions work use this link.

The 2008 Centenary Grand Final was played between the Manly Warringah Sea Eagles and the Melbourne Storm. It was the first Grand Final played in daylight since the introduction of the night Grand Final in 2001. The two teams had previously played in the 2007 NRL Grand Final, with Melbourne winning 34-8. Manly reversed this result in 2008, winning 40-0; the largest Grand Final winning margin in the history of the game, and the first Grand Final since 1978 where the losing team did not score a point. This beautiful Premiership piece comes with 18 signatures including Matt Orford, Brett Stewart, Steve Menzies and Des Hasler and is limited to 250. Officially Licensed by the NRL and the Manly Sea Eagles. Authenticated & Certified by PricewaterhouseCoopers. This is a genuine Artists proof of the edition and comes from the Action Photographics Collection.

If you do not have an account register here.